A Beacon to the people of Bermondsey 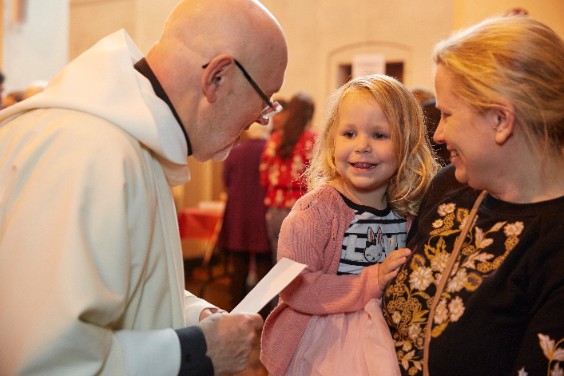 Please click here to see the latest newsletter for details.

The Church of the Most Holy Trinity, Dockhead, is a thriving community with a fascinating past. The present building designed by H. S. Goodhart-Rendel and completed in 1959 (the year of his death) replaces an 1834 gothic church destroyed in the Second World War along with the presbytery and a Pugin-designed convent.  The original church was the first Catholic church since the Reformation to be built fronting a public highway.

Dockhead has claims to be the oldest mission in the Archdiocese of Southwark, having been established in 1773 in a chapel which was destroyed in the Gordon riots of 1780.

The fact that we celebrate together in a Grade II* Listed Building, however, doesn’t mean we are living in the past – pay us a visit and join us in living our faith in today’s world.

Click here to pledge support for the Parish Project

What people say about us

Yesterday’s carol service was the most meaningful I’ve ever been to. Instead of singing verses to an abstract deity, children were involved in processing and outlining their thoughts about their future. Everyone played a part . . . sheer joy! Great singing and music.

― Visitor to the Carol Concert

Friendly, warm and inviting parish. The Priest is superb and inspiring, choir are great also and participated in various events. A service here is sure to keep your spiritual cup overflowing. Great parishioners too 😊